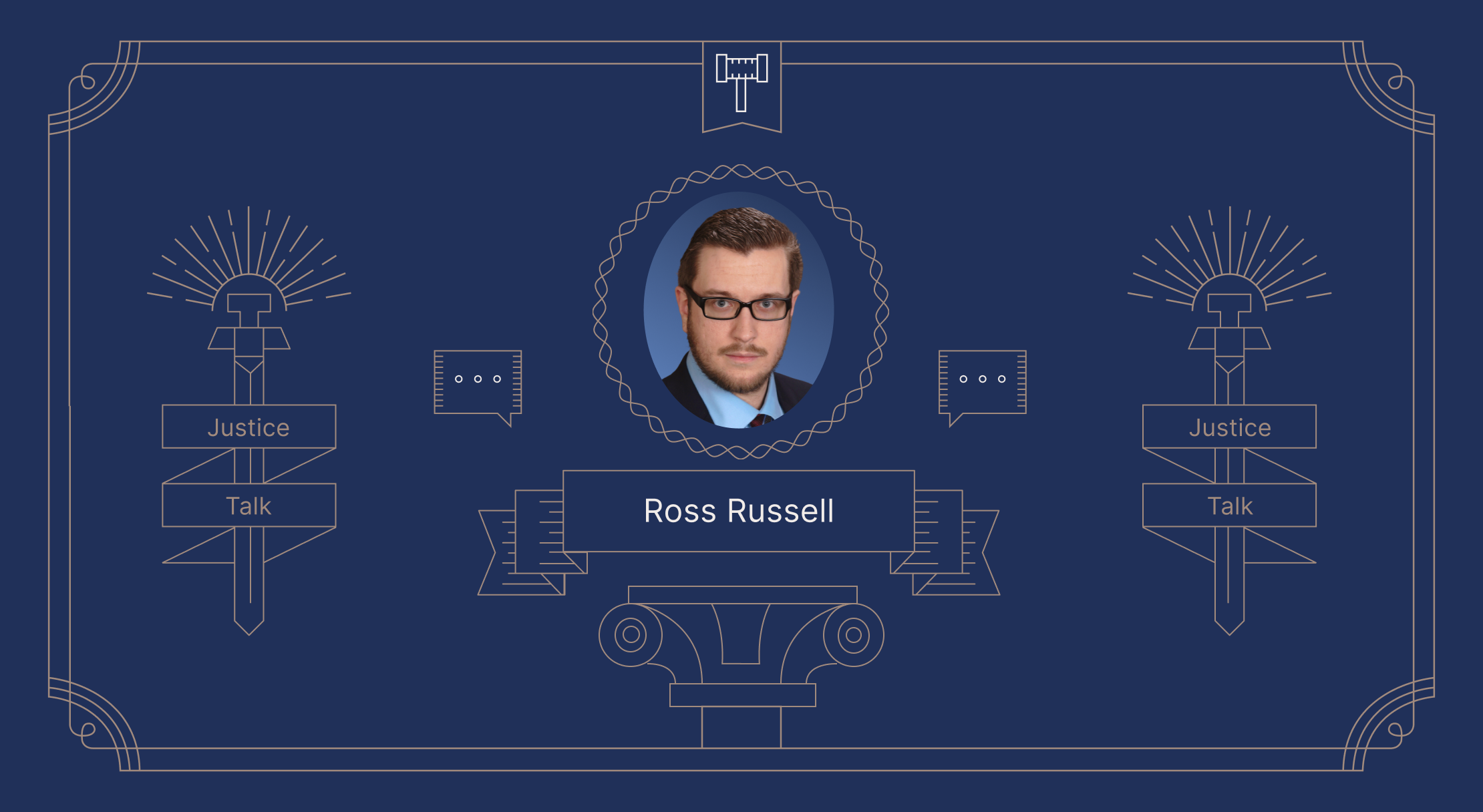 Resolving disputes with digital arbitration has become simpler with the development of technology. Digitalization of the process has made it possible for arbitration to be conducted remotely.

With much of the industry still heavily relying on physical processes, getting straight to the facts could be time-consuming. Technology breaks these barriers by having a reliable and convenient way to organize documents, conduct remote hearings, and appoint impartial arbitrators.

In this Justice Talk, we had a chat with the international arbitrator and mediator Ross Russell to talk about how developments in digital arbitration have made dispute resolution more efficient and convenient.

Our guest, Ross Russell, is a Texas-based arbitrator, mediator, and attorney who’s been working with dispute resolution in various parts of the world — including parts of Asia and Europe.

Before joining the alternative dispute resolution (ADR) industry, he was a trial lawyer in Texas. Now, as an arbitrator and mediator, he has worked on over 500 cases related to real estate and oil and gas drilling disputes, as well as healthcare and intellectual property — which arose amidst the COVID-19.

Russell said that he has been working on some cases at the same time, with around 30 cases on his plate yet to be resolved, however, he says that the digitalization of the arbitration process has made his job more efficient.

“I like to try to stack them as close as possible and try to get them done. As long as the parties and the lawyers agree, and they really tell me what their dispute is, we can get it done. Arbitration is supposed to be quick, efficient, and easy,” he explains.

Despite the goal to be efficient in the process, Russell emphasizes that he lets involved parties brief and discuss their preference, but he hopes to make it as efficient as possible to resolve the dispute at hand by bringing in technology in the process to help them out.

Pushing for the arbitration clause

Russell advocates for the inclusion of an arbitration clause in contracts to make dispute resolution better for all parties — making it hassle-free and more efficient, as parties could add their preferences on how disputes would be handled.

Being able to reach an award in a shorter period of time, in a more private context, would also cost parties less in the long run, without having to bring in a lot of law practitioners into the situation.

Although he understands that it would be hard to predict what could happen in every possible situation when drafting the document that includes the arbitration clause, Russell says it is better to have something than nothing — highlighting how his experience proved that an arbitration clause could be amended as the need arises.

“People who write arbitration clauses would often opt to include intricate details onto it, however,  they should keep in mind that it could easily be amended and settled by involved parties before the arbitration procedure commences,” he explains.

He adds that having an arbitration clause that is not overly specific could also work for some parties, as a very detailed clause would limit a party’s ability to advocate their position.

“So when they’re getting more in-depth with their drafting, I want it to be quicker — fewer submissions, hearings, witnesses… everything — sometimes that’s to their benefit, but sometimes it’s not. At the end of the day, we’ll only select which rules or specific procedure indicated in the arbitration clause would be useful for the case.”

Looking at arbitration on how it works with tech

Although Russell sees arbitration as an evolution of the Court of Equity from 100 years ago, he says that arbitration will also evolve with the intertwining of law and equity, with more complementary, and with better integration of technology.

“In a few decades, arbitration might even evolve into something that will become people’s easy fix to conflicts, especially in areas where the rule of law is weak.”

Having been a trial lawyer prior to joining ADR, Russell recognizes the inefficiencies with the system, and if the outcome becomes unfavorable to the party, one lawsuit would snowball into multiple cases and appeals, often costing a good sum of money. Sometimes, he says, it would result in no party being happy and problems were not even resolved.

Russell says that there is much value to arbitration, making the role of a law practitioner more fulfilling, as cases reach resolutions that involved parties would find amenable.

He underscores that part of his job as an arbitrator is to organize and review documents that will help resolve disputes, however, having a stockpile of paperwork would hinder his progress, especially as he handles multiple cases simultaneously.

“A lot of times the biggest hurdle is just getting proficiency of the technology. And some attorneys feel that imposing the technology might  be violating their client’s due process rights because they don’t understand how to use this,” Russell says, emphasizing that correspondence via email could be difficult as information gets buried in long email threads.

With the COVID-19 transmission risk still a concern, he points out that it compelled people to adapt to technological advancements such as video-conferencing and adoption of online communication tools to cope with travel restrictions

“COVID really has helped accelerate this as well and sort of push people into the technology. The joke back then was when COVID came, we could finally find out how many of those meetings could have just been an email,” Russell says.

He recalls how much time was wasted having to travel to hold hearings, adjusting to local timezones, taking time for breaks, and spending the whole day for a discussion that could be conducted over Zoom or Google Meet, which would only take a few hours.

Russell says bringing arbitration onto the digital sphere has also made it “borderless” with different cultures practicing arbitration differently, yet the same. “A lot more thinking that arbitration is the future because of the way that international arbitration has been so much fairer than a party having to deal with multiple domestic litigations, you know, just looking at what the alternative would have been had the parties not come to arbitration. It makes me very much glad,” he adds.

When it comes to digitizing documents to be used in dispute resolution, he highlights how useful the use of hyperlinks is in PDF. “It’s not necessarily cutting edge technology, it’s highly functional for me as an arbitrator,” he reminisces.

He says that the hyperlink function in digitized documents makes it more convenient, not having to flip through binders full of documents. It also ensures that the right documents are being reviewed to arrive at an amiable award.

Having one central portal for correspondence with parties for documentary submissions would also make the whole process more efficient, especially if every person involved is knowledgeable on how to use it.

Russell brings up the green arbitration pledge as he talks about integrating tech into arbitration, saying that it would not only make dispute resolution more eco-friendly but also more cost-efficient, as huge boxes full of paperwork no longer have to be sent halfway across the globe to involved parties.

With the shift to digital arbitration, he appreciates the systematic approach to dispute resolution that makes the process transparent without sacrificing confidentiality, which is primary factor why parties choose to go through arbitration in the first place.

Looking into the future

Finally, Russell is enthusiastic about experiencing a blockchain application of digital arbitration. He’s looking forward to having a platform that will centralize the process of laying down the pathway to arrive at a resolution, submitting documents in an organized manner, and making the whole situation time- and cost-efficient.

He adds that he’s also excited about the possibility of turning an award into an NFT, as executed through smart contracts. “I think it would be a cause for celebration, and I would hope any legal professional who’s reading this will join me to celebrate this technological achievement.”

We understand Russell’s sentiment on the inefficiency of reading through the stockpile of paperwork to arrive at an award when resolving disputes. With the Jur Arbitration Platform, convenience and the true potential of arbitration is realized because processes are streamlined, appointments are randomized, communications are secured, and a ton of cost is saved. 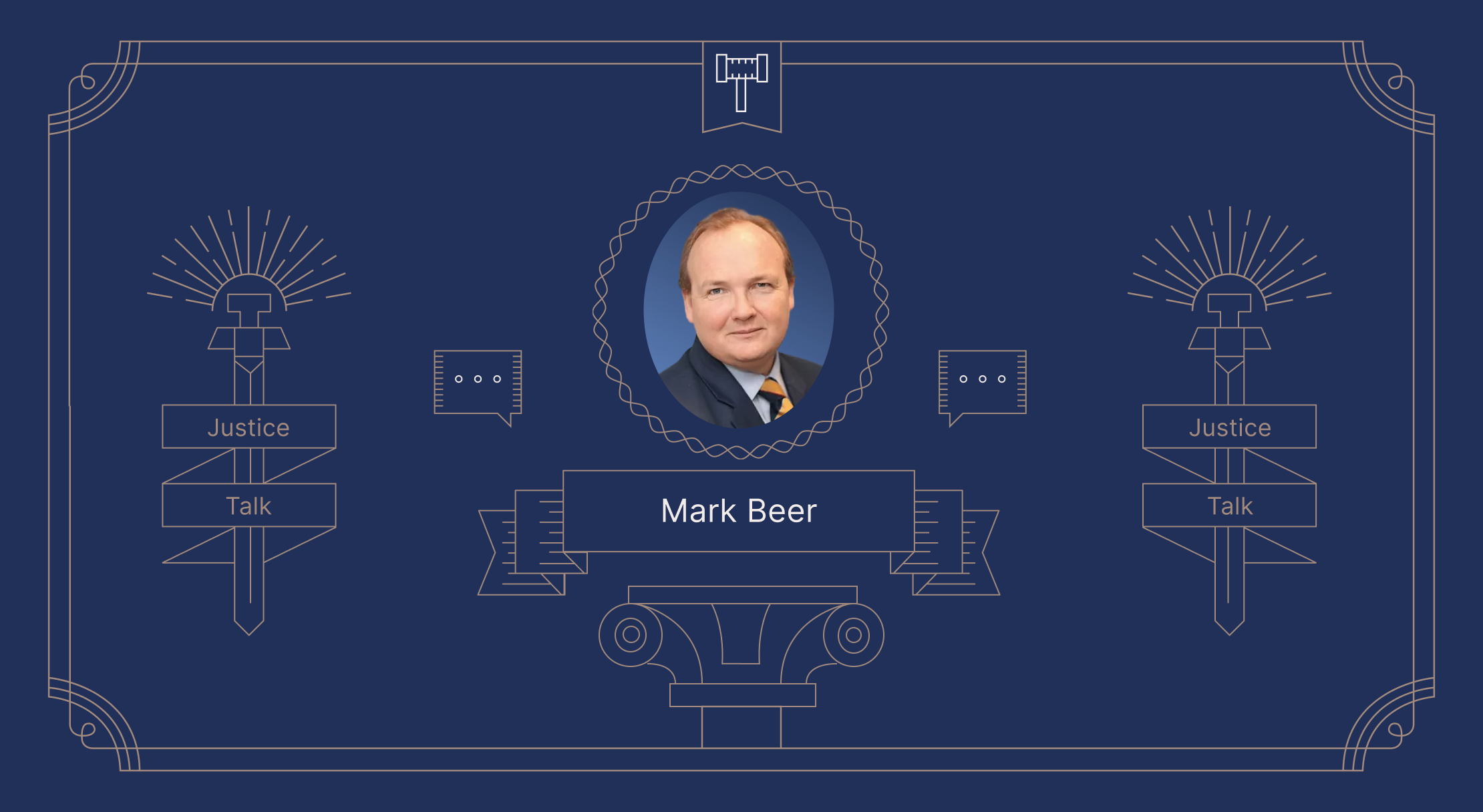 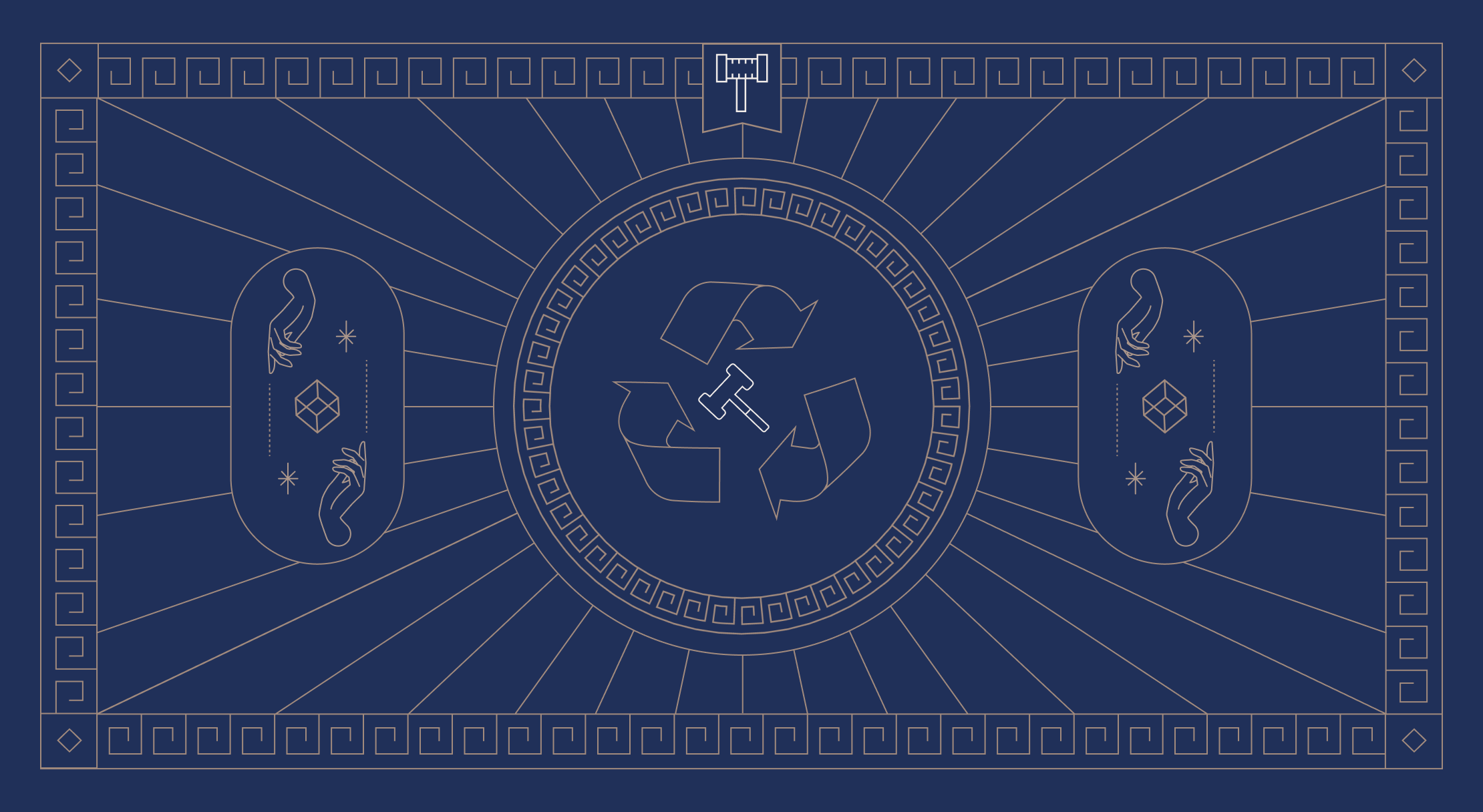 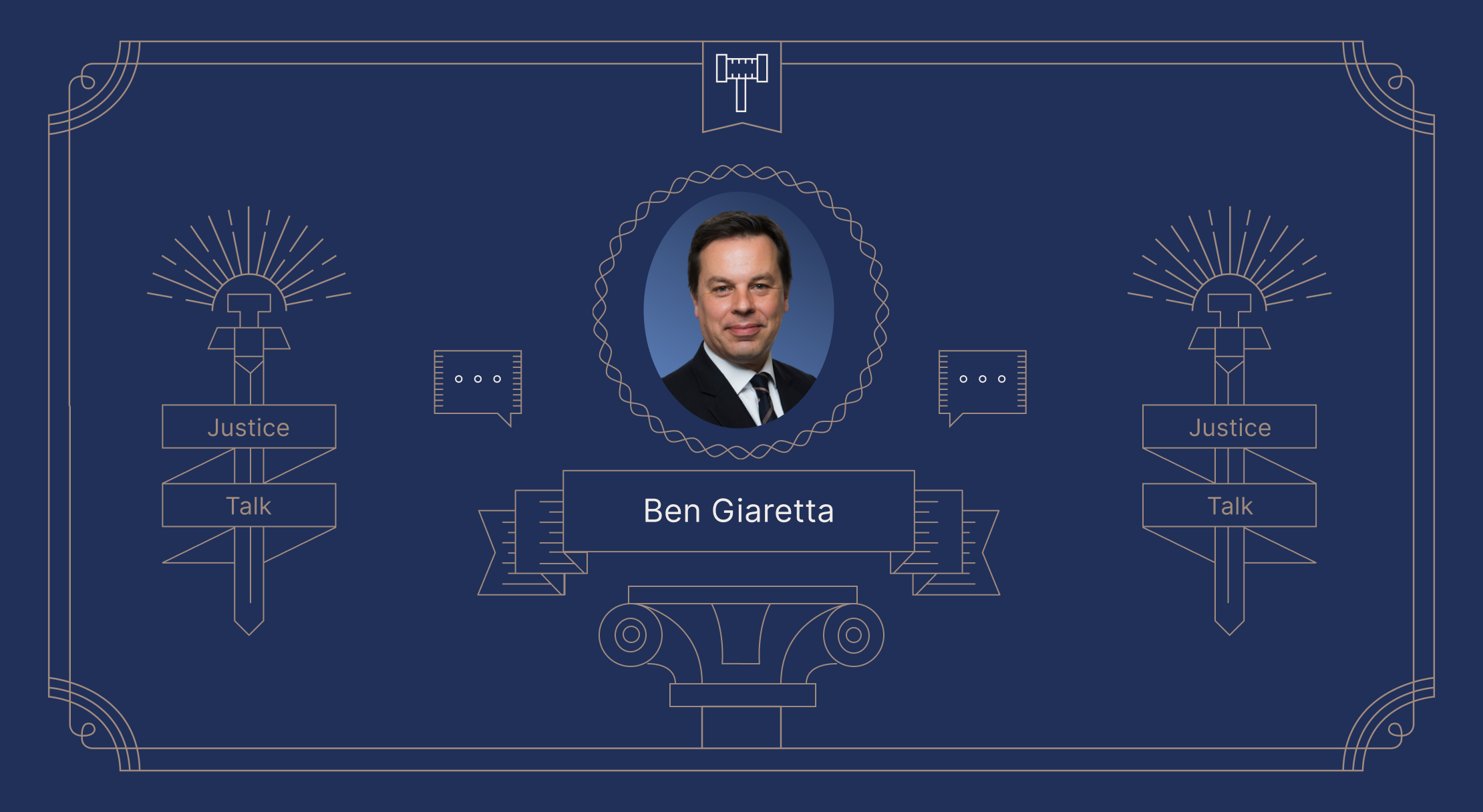